I got nothing to tell.
But anyway, here’s my selfies 😀

I’ve heard once that 14th February is celebrated as the day of loves. If I’m right it is also known as valentine’s day. Sounds weird. There is a day of love! Is there some “day of anger”, “day of envy” or “day of happiness”?

In my opinion, specializing some day for anything is a ridiculous idea. Mother’s day, father’s day, grandpa’s day, neighbor’s day, earth’s day, sun’ day, moon’ day, outer space’s day, or what so ever. I mean, it doesn’t make sense at all. Why did you wait a year to make your mother special? Yet in fact, if you really care about her you’ll must be always nice to her. Or why did people becoming concerned about their environment only on earth’s day while they are polluting the environment every day? So what in hell’s name people think about this “day of love”?

If you say “it’s a symbol”, I thought you are moron. Did you ever seen any commercial ad that is aired once a year? Or can you say you are a great musician just for holding an instrument without being ever seen to play it? All those kind of specialized days to my opinion is just a ridiculous euphoria. You encourage yourself in something doesn’t have it’s mean.

No. Don’t get me wrong. I don’t hate enjoyment. Enjoying things are good. But being fooled with those kind of ridiculous euphoria is stupid. If you are too easy to manipulate like that, you’ll lose yourself for other’s benefit.

So what if, someday people come with another idea they call “ferrari’s day”? You’ll sell your house to buy a ferrari? Crazy.

Smart people are, in my opinion, those who can see the simplest form of reality. Those who know what they need, what they want, and what other’s need to make they need. Those who can’t be manipulated by such ridiculous euphoria.

Posted by albahri7 on August 22, 2014
Posted in: Uncategorized. Leave a comment

It’s been a long time since I left this blog abandoned.

This is the begining: New specimen known as Hominus Ridiculous 😀

Posted by albahri7 on May 31, 2014
Posted in: Uncategorized. Leave a comment

Just a test to my connection

It’s been a long time since my last serious post, and now I’ll come with a very serious thing. 😀

I once hear some thought that the whole universe wasn’t created. But just “incidentally” formed. Well, this is the most ridiculous thing I’ve ever heard.

I am a muslim and I believe that universe was created by the one God in 6 periods of time. As that was written in the holy Qur’an. And I think it is the ultimate explanation that comes with senses. Take it this way.

What if I tell you that someday, many pieces of glasses, irons, plastics and rubbers accidentally gathered by the wind, and those materials accidentally form a car that fully functioned. Would you believe it?

If you believe it, you must be lunatic idiot. 😀

When you realize some well organized materials that runs a complicated function are formed, you should tell yourself “something” must created it with a purpose.

So if you bring that thought to the understanding of universe, which is absolutely has more complicated functions than a car, you must believe that “some great power” has created it all with all it’s laws. So where is the place for denying the existence of the God?

If you demanded empirical explanation to everything to believe, you should think twice. Human senses are fully limited. What if I asked you what color my clothes now is? Could you answer that?

The first thing to understand is that our senses are limited. So we must accept that there are many things we couldn’t explain empirically. That way, I believe that accepting the existence of the God will become easier.

But seemly it needs high level intelligent to understand. 😀

Just think about it. As my Qur’an told all believers to think about God sign’s in universe.

Posted by albahri7 on April 24, 2014
Posted in: Uncategorized. Leave a comment 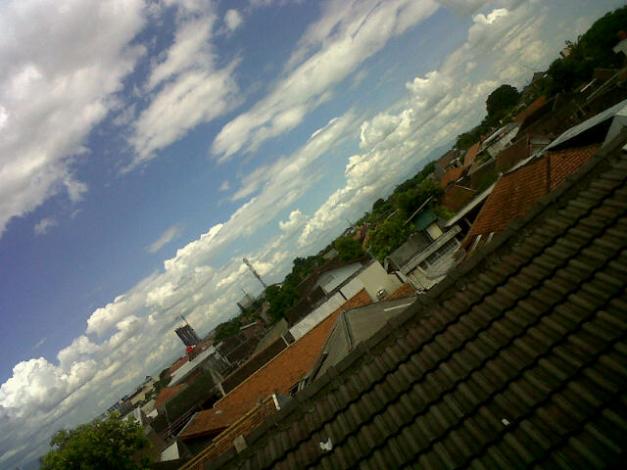 Posted by albahri7 on April 24, 2014
Posted in: Uncategorized. Leave a comment 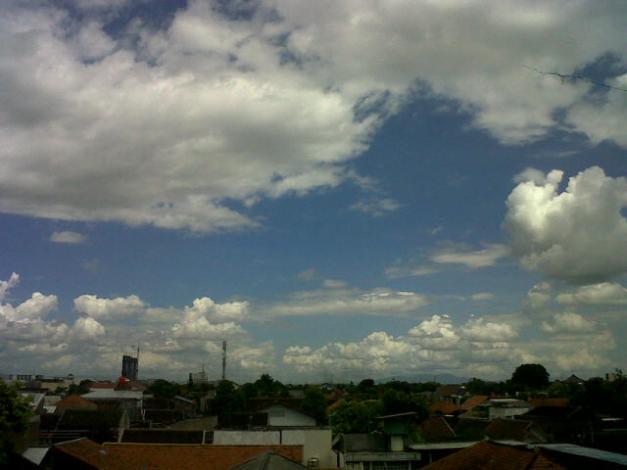 Yesterday I went to my college very slowly. My bike isn’t in a good condition. So do I. After my last incident, my riding skill was downgraded to a starter-like rider. I usually take an hour to get to my collage and yesterday it took me an hour and half.

Yeah I had a crash incident months ago. It broke my bone. The front of my right shoulder. Now I can’t lift any more than 5 Kilograms with my right hand.

But the story I wanna tell you is, on my way home that evening, I was catch by the rain. Luckily I have my rain coat with me. And I just decided to put my earphones on (I just bought a new one). So I ride very slowly under evening rain listening music. I have to suggest you to do so.

The feeling I’ve got was just too awesome! It’s like living a live movie! The music I listen feels like a soundtrack to my journey. My eyes took incredibly awesome dramatic pictures with that evening light effect plus rain. That feeling gave some peace in my heart.

I can’t describe it as it really look like and felt. I just suggest you to do so.

albahri007
Create a free website or blog at WordPress.com.